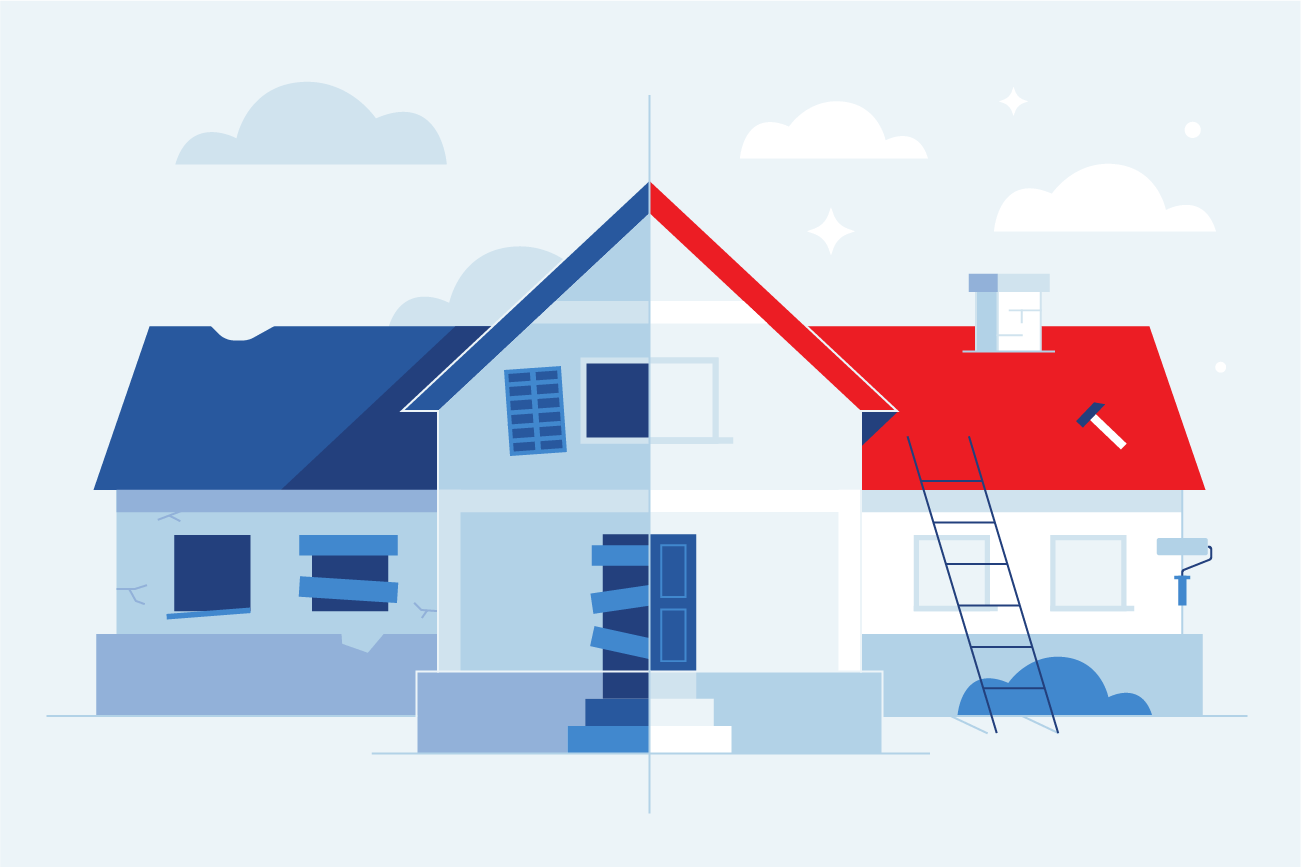 Based on the number of reality home improvement shows, fixer-uppers seem to be all the rage. Americans fell in love with “Fixer Upper” couple Chip and Joanna Gaines and other dynamic duos like the Property Brothers. But are they smitten enough to take on a project of their own? For those who may be less familiar with HGTV, a fixer-upper is a home with a lot of potential that is in need of repairs, a diamond in the rough. The appeals of fixer-uppers are potential cost-savings and the chance to customize property.

We surveyed 1,000 Americans to see how deep their interest in fixer-uppers and home improvement goes. Is it surface-level or are people really willing to flex their renovation skills to create their personalized dream home?

The goal of this study is to provide helpful information that can be of use to those selling their own homes and to compare different real estate trends in relation to changes in pop culture. It’s so important to know your target market if you’re selling your home. If you can understand what people value, you’ll be better equipped to create a home listing that’s going to sell fast.

Sorry, Chip and Jo – The American Dream Is Not A Fixer-Upper With so much buzz around millennials and home buying, there were, surprisingly, no significant differences between age groups and perceived fixer-upper savings. In addition, 18% of respondents ages 18 – 34 think fixer-uppers aren’t worth the stress, versus respondents 35 and older, of which 33% said it wouldn’t be worth the stress. Younger prospective home buyers are slightly more likely to roll up their sleeves and take on a fixer-upper than older homebuyers.

How Much Do Fixer-Uppers Actually Save You? Most respondents lowballed their savings estimate. The 20% that chose $20,000+ were right on the mark. The average home cost is $289,000, and the average fixer-upper savings is about 10%, bringing the average savings across the U.S. to about $22,680. While this all depends on the housing market in the area you’re searching in, on average you will usually save 10% of the cost of a comparable turnkey home.

See the chart below for the average home cost and average fixer-upper savings by state. The prices are pulled from internal data and the National Association of REALTORS®: How Much Are Renovations?

It’s important to note that your savings are also contingent on what types of renovations you plan on implementing. Poor planning or unexpected issues can cause renovations to exceed their budgeted costs. It’s crucial to create a renovation budget with breathing room, a contingency for unexpected costs or delays.

You can save money by purchasing items secondhand and using less luxurious materials. Also, consider that some rooms may just need a new coat paint while others could require a full remodel. Note that the cost of materials and labor varies by state and city.

Which Factors Are Most Important? We asked respondents to select all of the factors and qualities that were most important to them when purchasing a home. Concurrent with the other survey question above, the “fixer-upper” quality came in last with only 11%. Close commutes, great schools nearby and turnkey homes were the top three most valued factors. See the average results from all respondents:

How Do Generations’ Preferences Differ?

A frequently debated topic is the differences between different age groups and how they affect the housing market. For example, households without children will comprise nearly 40% of the population by 2025. As the market of buyers evolves and changes, so should your approach to selling your home.

Use the lists below to better understand how to market your property based on your ideal buyer. Does Gender Play A Role In Home-Buying Priorities? Back in 2000, 61% of adult women were in the workforce, and by 2016 that percentage had risen to 74.3%. It’s fair to say that women’s increasing participation in the workforce has had an effect on what women value when buying a home. This may be why the most important factor women report is a close commute, followed by great schools and a turnkey, move-in ready home. Male respondents’ overall top priority was ensuring their significant other loved the hours, followed closely by a convenient commute and great schools.

With people’s aversion to the thought of a fixer-upper, it’s no wonder that it was excluded from our list of words that sell. If you’re selling a fixer-upper, try to focus on its best qualities. Be honest and concede where the property needs repairs, just make sure you have professional pricing quotes of the home’s worth and any repairs the place needs. If you don’t, you’re giving the buyer the upper hand and giving them the opportunity to get the home for below what it’s worth.

This survey was conducted for ForSaleByOwner using Google Surveys. The sample consisted of no less than 1,000 completed responses per question. Post-stratification weighting has been applied to ensure an accurate and reliable representation of the total population. The survey ran during November 2019.

Moving With Kids: How to Prepare Them For The Big Day

Do I Have To Pay Taxes When I Sell My Home?

Buying A House For Sale By Owner Short Sale

5 Home Staging Myths to Overcome Before a Sale

5 Simple Steps to Market Your Home for Sale by Owner